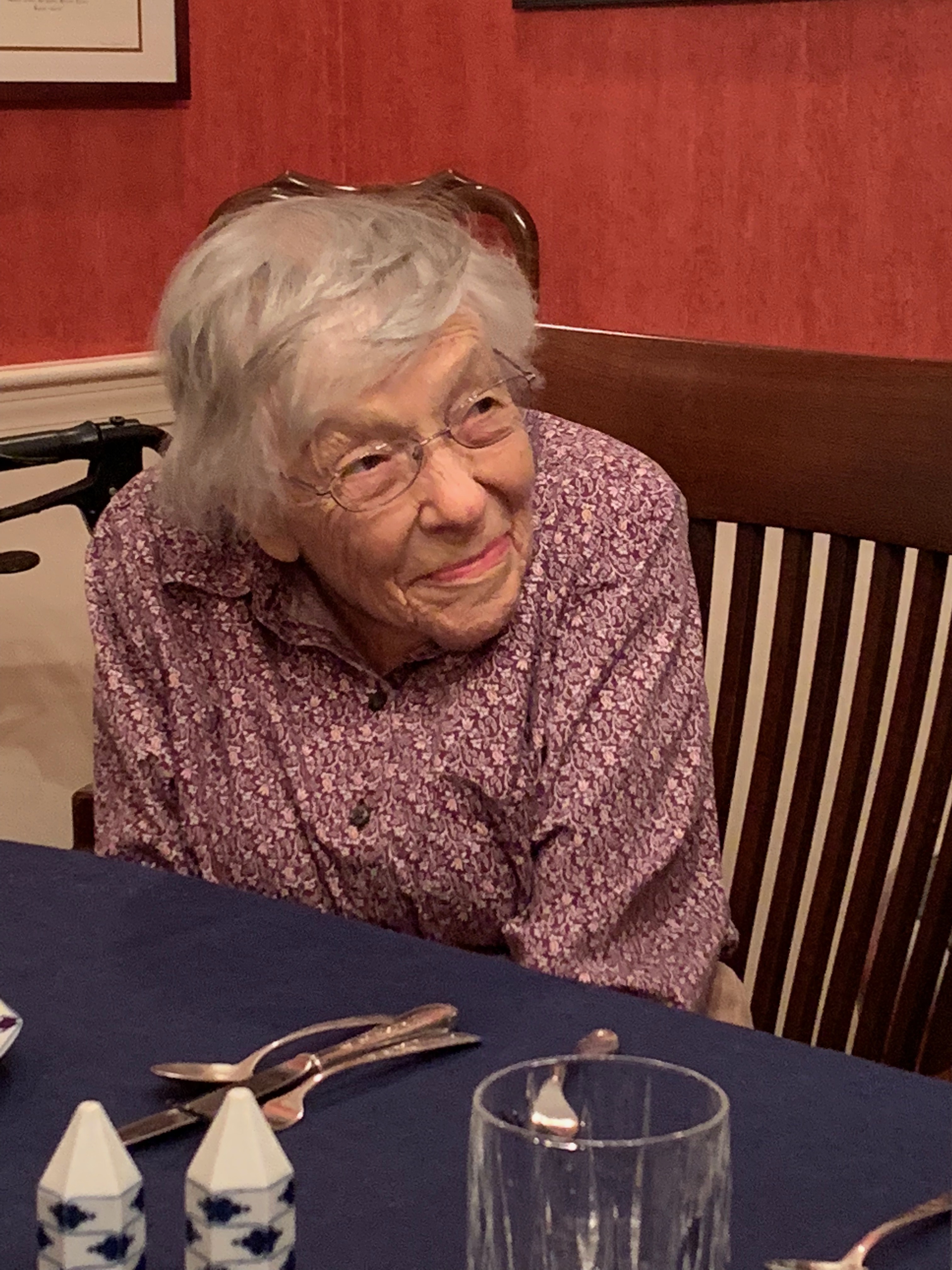 Margaret Gilman McKenna died on February 8, 2019, at the age of 97 following a brief illness.

An outstanding student, she graduated from Classical High School in Providence before matriculating at Bryn Mawr College, her mother’s alma mater. She graduated in 1942 from this college she adored with a major in biochemistry and a circle of friends with whom she remained in contact for most of her life. Then, having been recruited as an officer into the first group of Navy WAVES, she worked at naval headquarters in Washington D.C. as a code breaker. For the duration of the war the “Code Girls”, whose experiences were chronicled in a 2017 book by Liza Mundy, were responsible for deciphering coded messages sent daily to and from the German and Japanese U-boats.

At the war’s end, Margaret returned to her interest in biochemistry and joined the research laboratory of Dr. Stady at the University of Pennsylvania. There at lunch one day in 1945 she asked to sit with a political science doctoral student, William J.H. McKenna. They married on June 21, 1946. A wedding picture taken at her parents’ home shows a book on the mantel–the German text she was using to assist Bill with his Ph.D. studies! She and Bill shared a deep commitment to learning and, above all, to raising a family. Together they raised five children– Margaret, Holland, Bill, Paul, and Kitty, for whom they were an unwavering source of love and support. During those years Margaret also chaired Temple University’s Foreign Students Host Committee, took into her home refugees from Hungary and later Vietnam, and was president of the Cheltenham Township Adult School.

With Kitty in ninth grade, Margaret approached Bryn Mawr for guidance in returning to the workforce. They hired her as founding director of the personnel department, where
she developed and implemented personnel policies and procedures, hired and trained staff and, after 10 years, retired when Bill did; a grateful college administration gave her and Bill a celebratory trip to Europe.

In 1985 Bill passed away after a long illness during which Margaret was his principal caretaker. For most of her remaining 33 years, Margaret lived with her daughter Kitty and family. She took college history courses for which she did all the assignments, did tax preparation at H&R Block, was active in the Durham Unitarian-Universalist Fellowship, and was a sought-after guest in the homes of all her children. She loved books and flowers and trees and birds and clouds. She was a beacon of integrity and generosity who inspired all who knew her.

She is survived by sister Martha Saunders; daughter Margaret, her husband Steve Mirin and grandsons Ben and Nick of Concord, Ma, as well as step-grandson Jonathan; son Holland; son Bill, his wife Suzanne Landis and grandchildren Margaret, Lizzie and Andrew; son Paul, his wife Wendy and granddaughters Katie and Rachel; daughter Kitty Beller-McKenna, her husband Dan Beller-McKenna and granddaughter Lydia, and great-grandchildren Davey and Katie (Margaret’s, with her husband Dave Adams), Emma and Benji (Lizzie’s, with her husband Ben Cozart) and Ezekiel (Jonathan’s, with his wife Godelieve Richard); and numerous nieces and nephews.

A memorial service followed by a reception will be held on Saturday, March 16 at 2 pm at the Durham Unitarian Universalist Fellowship, 20 Madbury Rd., Durham, NH. Flowers are welcome, as are contributions in her memory to Bryn Mawr College, 101 Merion Ave, Bryn Mawr, Pa. 19010.

Offer Condolence for the family of Margaret G. McKenna