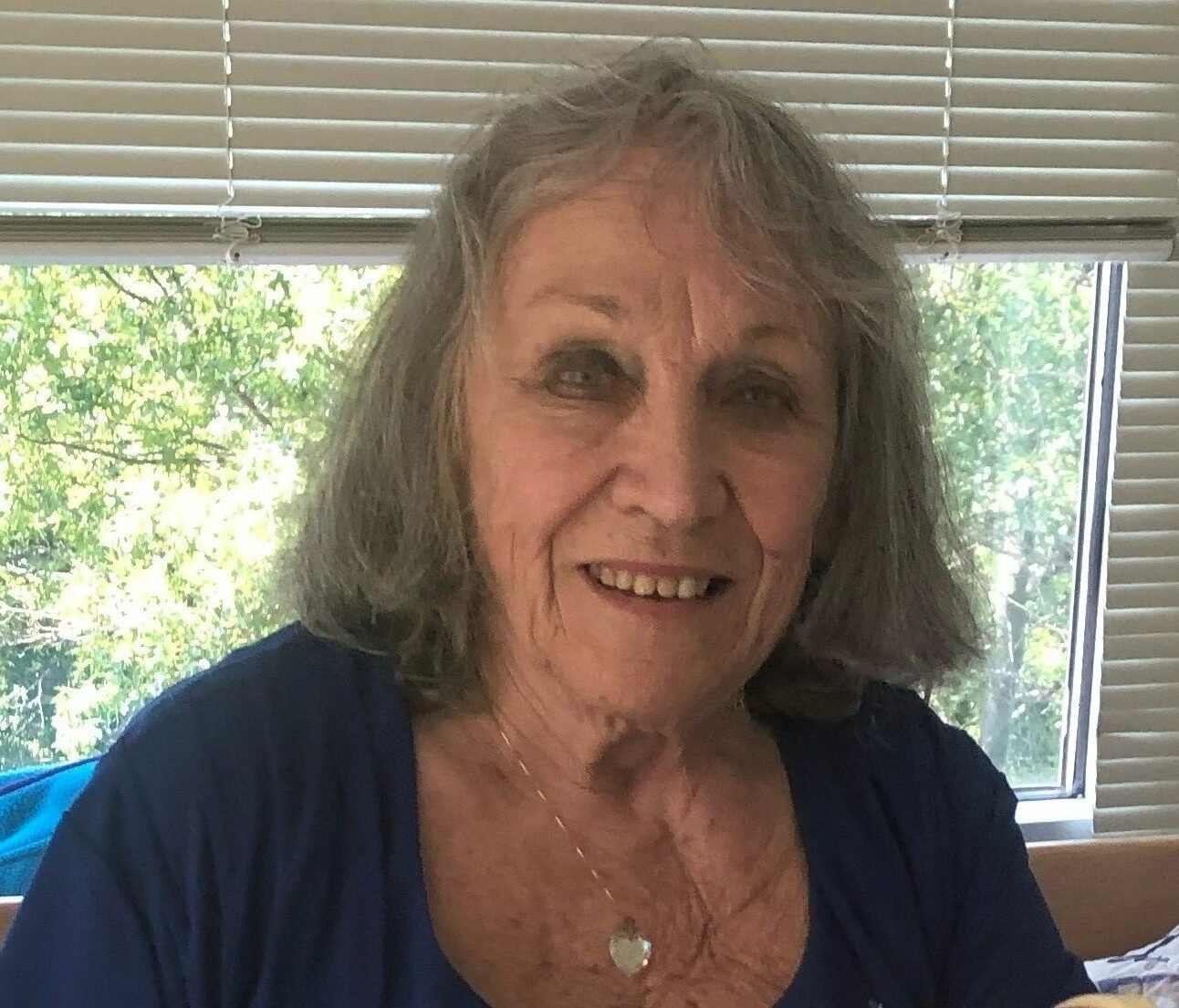 Derry, NH – Louise Kathleen (Bertrand) Pomeroy passed away peacefully and surrounded by her family on Friday, June 25, 2021, after battling a second round of breast cancer.

Louise lived in many states along the eastern seacoast when she first moved to United States in the late 1960’s. In the early 1990’s, she sailed for two years along the intercoastal waterway before moving to  Ft. Lauderdale.  She returned to New Hampshire in 2000 for the birth of her granddaughter, Jenna. She was a resident of Derry, until her death.  For many years, Louise had worked at several large corporations  as an executive assistant until her retirement in the late 1990’s.  After retirement, Louise became an avid genealogist and her work on the descendants of “Les Fille Royales” was privately published in early 2000.

For hobbies, Louise loved to cook, travel, draw, create Christmas ornaments, to sail and restore sailboats, and go for walks with her dog, Rascal. Louise was involved with local Democratic organizations and she loved to debate politics with anyone willing to listen. She was also a past member of the Derry Garden Club.

Louise is fondly remembered by her grandchildren, Noah and Jenna, and great-granddaughter, Cheri, as a master storyteller of her travels on the high seas and to foreign lands. She was also the best cookie baker.  She helped to raise both her grandchildren and  she always made time for them.

The family is thankful to the kind thoughts and messages from all of their family and friends.  They also appreciate the care and kindness given to Louise by the staff at Derry Rehabilitation Center and Merrimack Valley Hospice Association.

A private mass will be held for the family late this summer with final interment expected to be in Canada. The family asks that you do not send flowers. The family requests any memorial contributions in Louise’s name be made to any non-profit organizations that support breast cancer research or animal rescue.

Offer Condolence for the family of Louise K. Pomeroy