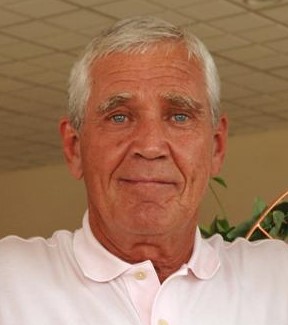 Portsmouth – Kenneth James Goodrich died Monday, July 6, 2020, following a long battle with cancer. Kenneth was born in Portsmouth on June 26, 1943, the son of Albion W. Goodrich Sr. and Roberta “Bobbie” (Whitten) Goodrich and was the fourth of seven children.

Kenneth graduated from Portsmouth High School in 1962 and enlisted in the Army, where he served until 1966. Ken started a long and successful career in the auto industry that lasted until retirement. Kenneth met and married the love of his life, Christine (Tina) Dulac in 1968. They lived so happily together in Brookfield, NH, raising two children, Kenny Jr. and Julie, until Tina’s tragic death in 1986. Ken remained in his beloved Brookfield until 2010 when he retired and returned to Portsmouth.

He is survived by his son, Kenny Goodrich Jr. of Portland, ME and his daughter, Julie A. (Goodrich) Parker and her husband Jeffrey, of Rochester; his 3 grandchildren, Holden G. Parker, Jackson S. Parker and Allison Christine Parker; his brother, John C. Goodrich of Dover, and two sisters, Karen M. Goodrich Firment of Wake Forest, N.C. and Margaret E. Goodrich Barnett of Klamath Falls, OR and a gaggle of nieces and nephews, hailing from Maine to California.

The family would like to extend their profound thanks to Beacon Hospice, the staff and regulars at his beloved Popovers on the Square in downtown Portsmouth, and the great friends he made in his second home at 140 Court Street in Portsmouth.

SERVICES: A private memorial will be held at a later date for family and close friends. The family has requested, in lieu of flowers, donations may be made to Beacon Hospice, 25 New Hampshire Avenue, Suite 272, Portsmouth, N.H. 03801.

Offer Condolence for the family of Kenneth J. Goodrich