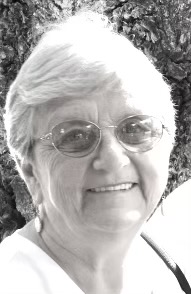 Barbara was born on March 8, 1942 to Constance and Lawrence Ridley in Fairfield, ME. After graduating from Mount Mercy High School in Waterville, Maine, she was employed at Keyes Fibre Company until moving to Navarre, Florida where she was a pharmacy tech for Sacred Heart Hospital in Pensacola, FL for many years prior to retirement.

In October 1961, she married James Davis of Waterville, ME, and had four daughters: Christina, Penni, Jamie and Jodi. In December 1992, she married Gerald “Skip” Marsh and moved to Navarre, FL until her retirement when they moved and settled in East Rochester, NH.

When Barbara became a mother, she focused her life on being a dedicated mother and wife while working full time. Barbara excelled at propping up her family and supporting them through the many passions and difficulties of their lives. Whether that was supporting her daughters through navigating independence or encouraging them in their pursuits for successful futures, she made it her mission to improve the lives of others. Barbara was an avid reader and loved to knit. She spent much of her retirement giving of her time and energy to her family. She found much joy in being with her granddaughter Kimmie. We will miss her greatly.

A celebration of her life is being planned for later this year.

Offer Condolence for the family of Barbara Marsh