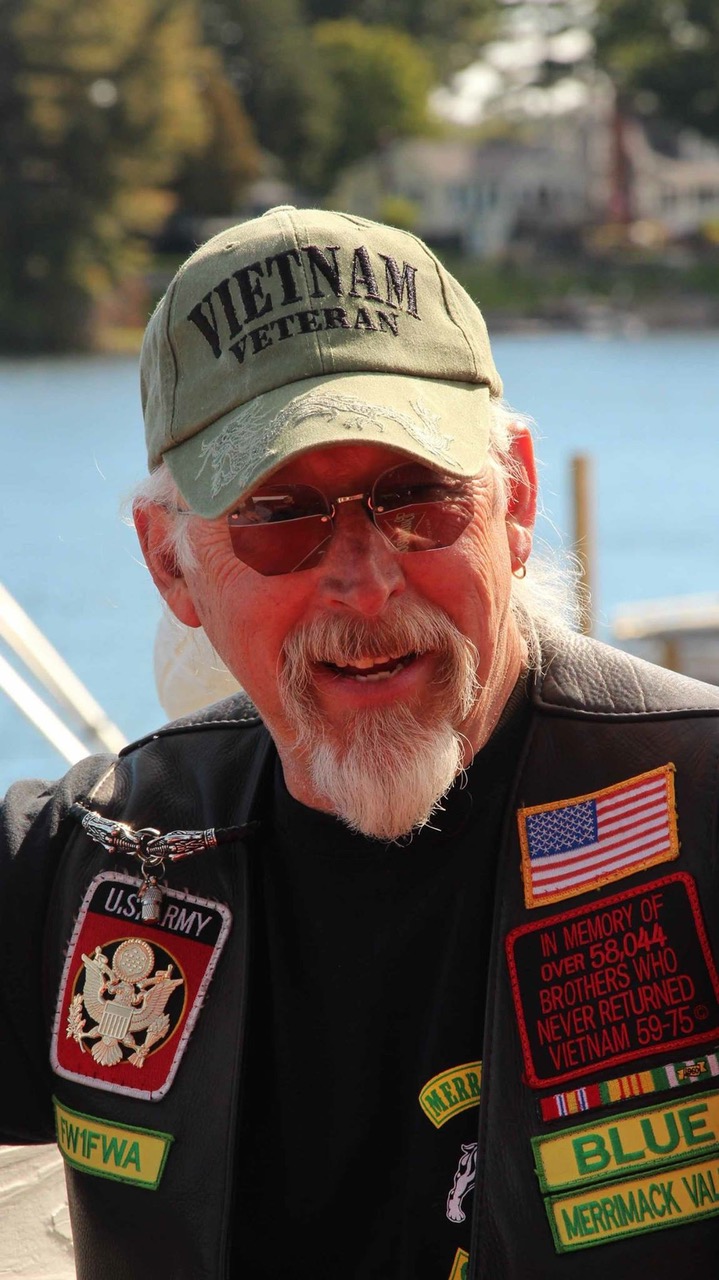 Boxford, MA – An enthusiastic, passionate, loving and giving member of our world, Victor Hugo Pimentel was an avid sailor, enjoyed winter and summer hiking in the White Mountains, playing golf, listening to and playing music, and riding his motorcycle. He would travel miles on his Harley Davidson Road King Classic throughout New England and down the Blue Ridge Parkway, and he never failed to remind that there was always time to slow down for Tennessee barbecue.

Born in 1947 and raised in Cohasset, Massachusetts, Vic graduated from Cohasset High in 1966, where he was an outstanding athlete in football, basketball and other sports. After graduating, he served in Viet Nam 1968 – 1969 in the Central Highlands area of Pleiku.

Vic came home and attended the Rochester Institute of Technology as a photo illustration major, and then worked in commercial television as an independent filmmaker. He earned three Emmys for his work in the documentary of the National Symphony Orchestra, and for a children’s television show.

After several work-related injuries he retired from filmmaking and fell in love with everything on four legs, including his Golden Retriever Mattie, who showed him how to look at the world in a much more sensible way. Together, Vic and Mattie trained in Search and Rescue work. In later years she and Vic worked as a therapy dog team who served, among many other assignments, as a comfort dog after the Boston Marathon bombing. Mattie would ride along in Vic’s Harley sidecar, turning heads wherever they went.

Out of his passion for dogs he started and ran Dog Gone Run’n Farm, a dog daycare with five rolling acres of fields and gardens he built with his wife Louanne. There he walked daily, rain or shine, with his canine friends.

He had two children Jody and Charlie, and was a devoted father who was always ready for an adventure and supported his children in all of their endeavors.

Vic was a proud member of the Nam Knights of Merrimack Valley. He had a huge heart, and was passionate about many causes championing animals, abused and at-risk children, Viet Nam veterans, and law enforcement.

Above all, Vic was a loving, caring, sensitive husband and friend who always armed himself with a sense of humor.

Vic leaves behind his loving wife Louanne Blackburn, his children, nieces, grandnieces and grandnephew, his two dogs, Keegan and Joy, and his long-time friend Marjie Alonso.

Vic was born to the late Mr. Victor Hugo Pimentel and Florence Barter Pimentel. He is pre-deceased by his sister Jacquelyn L Smith of North Conway, NH. He is survived by his daughter Jody Pimentel Eye and daughter-in-law Christi Eye of Louisville, KY; his son Charles Pimentel of San Diego, CA; nieces Victoria Laracy and husband Mike of North Conway, and Jennifer O’Donnell and husband Chuck of Greenland, NH; one grand-nephew Collin and three grand-nieces Katie, Adalynn, and Izabel.

A memorial service will be held on Friday, December 15th at 1:00 pm  in the First Church Congregational, 4 Georgetown Road, Boxford, MA 01921.

In lieu of flower, donations may be made in Vic’s memory to the following charities:

The Somerville Foundation for Animals, which provides pet food free of charge to homeless and at-risk families to help keep families together and pets out of shelters, somdogfest.org (http://somdogfest.org/the-somerville-foundation-for-animals/) or (This was founded by Marjie and her partners); Operation Delta Dog, PO Box 121, Chelmsford, MA 01824 or online at Operationdeltadog.org

Offer Condolence for the family of Victor H. Pimentel Jr.