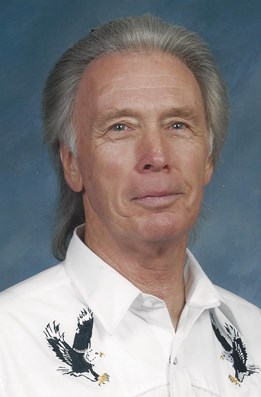 Barrington, NH – Thomas LaDow Sr. (Tommy Richards) of Barrington NH was called home to God on January 19,2021 after a long battle with cancer.  Tom was born on March 26,1939 to the late LeRoy and Ruth (Cunha) LaDow of Bedford  MA. He is survived by his brother Joe LaDow and his wife Susan of Falmouth MA.

Tom spent many years in the “entertainment” business which would have come as a shock to his second grade music teacher who put him in back of the class because she thought he sang off key. His years in the entertainment business brought him up and down the east coast drawing beyond capacity crowds wherever the marquis featured Tommy Richards and the Special Edition. He touched so many with his gift of song and left them quite sad when he decided it was time to settle down and begin the next chapter of his life.

Settling down wasn’t quite as easy as he thought it would be but, in the process of laying down his roots he learned that he loved driving a big rig. He loved the open road with his country music playing and was always ready to pick up the CB when he heard, “Lone Eagle you out there.” He’d pick right up and say, “yeah buddy” and the stories would start flowing. The road finally brought him back home to the East Coast.  Here he could be closer to the love and support of his older children while raising his three youngest.

Once back on the East Coast he settled down in New Hampshire and proudly became an owner operator of his own big rig.  Though the road wasn’t having him travel as far from home it still brought him so much joy to get to know the people he’d meet along the way.  Whether it was the guys that were unloading his truck or the waitresses at his favorite truck stop he always left them feeling like they’d just made a new lifelong friend. And they had.

Through the many challenges life tossed his way Tom persevered with an iron will and an even stronger faith in God, touching more lives than he ever had any idea of.

The only thing that rivaled his love for the entertainment business and being on the road was the love for his children, grandchildren and great grandchildren. Whether it was an afternoon visit, a chat on the phone or a holiday get together nothing made him happier than being with them. He loved hearing about all that was going on in their day to day lives and sharing his many, many, many stories from his years in the entertainment business, the sights he’d see while driving truck or some of his other experiences from jobs in his younger days with them. His unconditional love for them was immense and showed in all that he said and did, it will be this love that they will miss most.

Services will be held on Saturday January 30th for immediate family only. For those wishing to attend virtually family members will be sharing the link through social media.

Offer Condolence for the family of Thomas LaDow Sr.