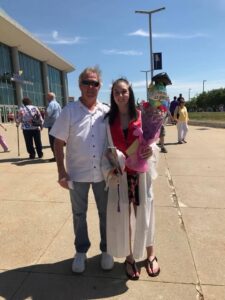 He was predeceased by his father John and is survived by his mother Bernadette of Arlington.

Bob’s greatest joy in life was spending time on his boat with his daughter Kristin and other family members on Lake Winnipesaukee. He also loved old cars, especially corvettes. Bob was a big NASCAR fan and enjoyed going to races in Las Vegas, Virginia and New Hampshire speedways.

A celebration of Bob’s life will be held at a later date in the spring.

Offer Condolence for the family of Robert Michael McCarthy