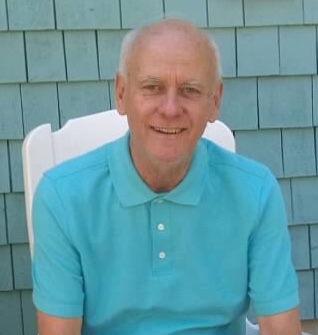 South Berwick, ME – Robert (Rob or Bobby) Hamilton, 63, of South Berwick, ME, passed away with his devoted wife by his side on March 9, 2019 after a long and courageous battle with Early Onset Alzheimer’s Dementia.

Rob was born March 15, 1955 in Somerville, MA, son of the late Horace (Al) and Norma Hamilton. He attended Lynn Classical High School graduating in 1972.  He enlisted in the United States Air Force until his Honorable Discharge in 1978.

He met his wife, Dianne in 1977, they married and raised two children. He was employed by General Electric Aircraft Engines in Lynn, MA for 32 years. Rob was a loving and devoted husband, father, and grandfather. He enjoyed motorcycles, basketball, camping, dining out, music, billiards, Scrabble, and being with family.

He is survived by his loving wife of 39 years, Dianne Hamilton of South Berwick, his son Brian Demoree and wife Cory and granddaughters Amelia and Evelyn of Portland, ME,  his daughter Heather LaValley and husband Michael and grandson Kash of Eliot, ME, and his sister Deborah Croto of Cambridge, MA.

In addition to his parents, he was predeceased by his brother Steven Hamilton.

At his request burial will be private.

Offer Condolence for the family of Robert A. Hamilton