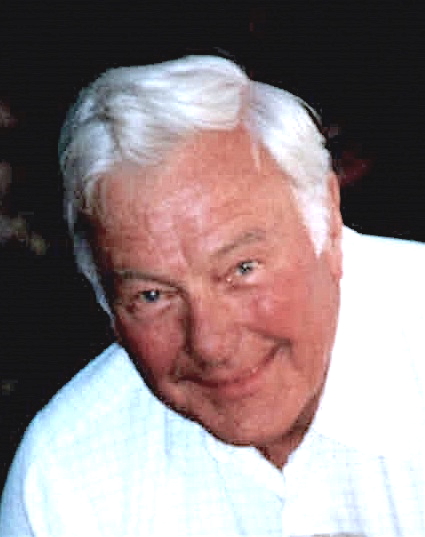 Hampton, NH – Richard Alfred Hansen passed away at his home in Hampton on January 26, 2020, with family by his side. He was 92.

Dick was born in East Hartford, Conn., in 1927. He was 14 when Pearl Harbor was bombed—and would become a part of the Greatest Generation. After two years at the University of Connecticut, he enlisted in the Navy and was stationed in Saipan for a year as WWII was winding down. Dick seldom spoke of his service, but throughout his life felt tremendous loyalty to his fellow veterans.

The GI bill helped Dick through his final two years at UConn—where he met Ann, his wife-to-be, on a Valentine’s Day blind date in 1947. They married in 1950, deeply loved each other throughout their lives, and celebrated their 69th anniversary in December.

A civil engineer, Dick helped build the northern portion of California’s coastal highway as well as roads in upstate New York. He and his family moved often before settling in Guilford, Conn., for 10 years. In 1972, Dick became the manager of Eastern Garage Door in Lawrence, Mass., and he and his family moved to Hampton—a move that he never regretted.

Dick built two family homes in Hampton. He was always in tune with nature and enjoyed living in the woods. He also loved New Hampshire’s beaches and ocean views. Dick was an excellent swimmer, powerful slalom skier, and avid scuba diver—and a graceful snow skier as well.

Patient, kind, and outgoing, Dick treasured his many Hampton tennis, golf, and beach friends and the many friends he made at the First Congregational Church, Rotary Club, and while serving on town committees. Most of all, he loved his family.

Dick is survived by his beloved wife, Ann; his children Dale Wheeler, J. Scott Hansen, and Jill Clerkin; six grandchildren; his sister, Lois Demers; and numerous nieces and nephews. His family is grateful to caregivers Jeanne, Laura, and Sandy and to the numerous friends and family members who helped so much in the final years of his long and, as Dick often described it, “wonderful life.”

Donations in Dick’s memory can be made to the First Congregational Church of Hampton or the Hampton Rotary Club.

Offer Condolence for the family of Richard A. Hansen