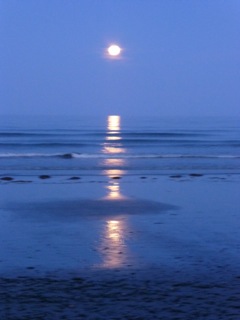 Berwick, ME – Lucretia Barden Bachelder, 78, passed away on Dec.21, 2019 after a prolonged illness at her home with her family by her side.
She was born on June 26, 1941 in Farmington, ME, the daughter of Edward J. and Maxine (Hinkley) Gilchrist. She was educated in the schools of Phillips, ME and later went to MacIntosh College in Dover, NH. On August 17, 1963, she married Leland J. Bachelder in Phillips, ME. In 1968, she and her husband moved to Berwick, ME.

Lucretia was a very hard worker, a devoted wife and a loving mother. She worked for many years as a medical secretary. Lucretia enjoyed music, dancing, reading historical novels and spending time with her family.

She is survived by her husband of 56 years, Leland Sr., her daughter Rhonda Bachelder and her companion Guy Blanchard; two step sons Roger Paradie and his wife Norine, Leland Bachelder, Jr. and his wife Bambi; three step granddaughters Jennifer and her husband Nick Robitaille, Angela and her husband Shawn Butler; step great grandchildren Cameron and Chloe; step grandchildren Michele Bachelder, Ryan Bachelder and step great granddaughter Harley. She is also survived by her sister, Charlotte Pinkham of Madison, ME; half siblings George, Kathleen, Kevin, Mark and Clare. Also surviving are several sister and brother-in-laws and many nieces and nephews.

She was predeceased by her parents; her brother Edward P. Gilchrist ; two step great granddaughters; one half brother and one half sister.

Her Celebration of Life service will be held on Saturday, January 4, 2020 at 11:00 am at the Avon Community Hall with Reverend John Gensel officiating. A reception will follow the service in the same location.

Offer Condolence for the family of Lucretia Barden Bachelder