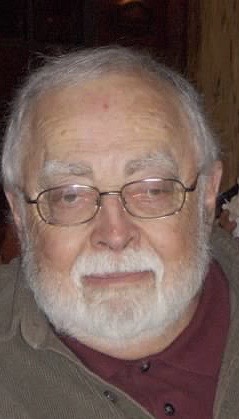 Bristol, NH – Jeffrey Neal Martin, 90, of Bristol, passed away peacefully on Sunday, June 7, 2020. Mr. Martin was born on October 5, 1929 in Lewiston, ME, a son of the late Alouisius and Claire (Pelletier) Martin. He shared over 59 years of marriage with his beloved wife, the late Jeannine (LeComte) Martin.

He was raised in Lewiston, Maine and graduated from Lewiston High School with the Class of 1946.  He received a B.A. in History and Government from the University of Maine, Orono in 1950.  He joined the army and served during the Korean War and during that time received a degree in History of the Far East at Sophia University, while stationed in Tokyo, Japan in 1952.  After returning from the war, he attended George Washington Law School, receiving a JD Degree in 1957.

He practiced law in Lewiston, Maine with his father A.F. Martin, from 1958 to 1961.  He met his wife Jeannine during this time and they were married on April 14,1960.  A year after they were married, Neal and Jeannine’s adventurous side took over and they moved to San Francisco, where Neal made a career change into banking, working in the Trust Department for Wells Fargo Bank.  He returned to Maine as an SVP for Depositors Trust Company and later was President and CEO of First Consumers Savings Bank. In 1977 he moved to Bristol, NH where he was President and CEO of Meredith Bank & Trust.  He would later follow a different career passion that combined his legal and financial backgrounds, becoming a business consultant, specializing in business valuations, mergers and acquisitions.

He was very active in professional and community activities.  He was a member of Rotary International, Chaired the Newfound School District Planning Committee, was a member of Town of Bristol Budget Committee, and the President of the Maine State Chamber of Commerce to name a few.

Neal had many passions in life.  He began playing the piano as a child and was a natural performer.  He played in jazz clubs all over including Tokyo, San Francisco, Washington DC, Boston, and NY City.  He put himself thru law school by playing in the house band for the TV show, Jazz on Five.  He was the founding member for both the Augusta Music Society and the NH Jazz Society.  Anyone that would see him play would be amazed at his ability to play just about any song requested and never needing to look at music.  Technically he was a gifted musician but more than that, he played from his heart and loved connections he made with others through his music.  He taught lessons to local students and provided scholarships for those looking to pursue a degree in music.

He played golf whenever he had the chance.  He loved playing with anyone he could and played well into his 80s.  He enjoyed tennis, skiing, and would tell you that bridge was the only card game worth playing.

He never missed any activity his kids were involved in, whether it was an athletic, academic, or musical activity, he was always there.  Of all the titles he may have had, he was proudest of the title given to him by his grandkids.  He loved to introduce himself to people as Grampy or Bumpy and would explain why that was so special as he was sharing photos of them.

He loved the Boston Celtics and the NY Giants.  He never waivered on this and would defend his loyalty to anyone that questioned his allegiance to a NY team.

Most of all he loved people and he could talk to anyone and would have a life speech for any situation you could throw at him.  His gift for talking suited him well as a taught several courses at Thomas College Graduate School, University of Maine, Husson College, and Plymouth State.

Neal was predeceased by his parents and his beloved wife Jeannine.  Family members include his 3 children: Todd Martin and his wife Lori of South Dennis, MA, Craig Martin of Allentown, PA, and Kerry Martin Johnston and her husband Rich of York, ME and 5 grandchildren:  Kimberly Martin of Plymouth, MA, David Martin and Joshua Martin, both of South Dennis MA, and Kelsey Johnston and Riley Johnston both of York, ME.

Services will be private.  If desired, memorial donations may be made to the Seacoast Jazz Society, by visiting www.seacoastjazz.org or to Seniors Helping Seniors, 360 Rt 101 Suite 3B, Bedford, NH 03110.

Offer Condolence for the family of Jeffrey Neal Martin