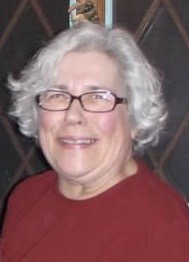 Jeannine devoted her life to caring for others first as an operating room nurse and later she cared for her sister, father, and mother until they passed away.  She was always quick to offer help and support to anyone in need and would never expect anything in return.

She met her husband Neal and they were married on April 14, 1960.  They lived in San Francisco, CA and Manchester, Maine before moving to Bristol in the late 70’s.  She had an incredible vision and ability to remodel and decorate homes.  She enjoyed bowling, gardening, sewing, and bridge.  She was known as the ultimate hostess and was an amazing cook.

Jeannine was an active community member, volunteering countless hours to Augusta General Hospital, Bristol P.T.O., and especially enjoyed being involved in the Bears Athletic Boosters as she was not only a sports enthusiast of her beloved Boston Celtics but she would never miss any event her children participated in.  She also began to volunteer for Newfound Area Nursing Association (“NANA”) in Bristol.  Jeannine’s nursing background coupled with her keen business sense led to her being appointed as the Executive Director for NANA.  Jeannine was credited with turning the struggling NANA into a highly successful agency in NH.  She was respected throughout the State of New Hampshire in the home health industry as a leader that knew how to get things done.  She quietly accepted awards and accolades for her dedication and expertise until she retired in 1999.

Family was always the most important thing to Jeannine and as much as she thoroughly enjoyed being a mom, one could argue her greatest joy of all was being a Grammy/Mimi to five grandchildren Kim, Dave, Josh, Kelsey and Riley.  She would travel to the Cape to visit her first three grandchildren as often as she could and especially loved when they would spend time with her in NH where she would never tire of playing games, shooting Nerf hoops, or cooking everyone’s favorite dishes for breakfast, lunch, and dinner!  After retiring, she traveled to York each week to spend time with her two grandkids that decided she should be called Mimi.  She became involved in their school and was every teacher’s favorite volunteer.  She made this her routine for 12 years!

Jeannine enjoyed walking, going to exercise classes, and eating lunch out with her dear friend Monica Fournier.  She was devoted to her husband and they never tired of having a healthy debate.

In addition to her parents, Jeannine was predeceased by her beloved sister Constance M. Young, and her nephew Brian A. Young.  Family members include her husband of 59 years, Neal Martin of Bristol, NH, 3 children: Todd Martin and his wife Lori of South Dennis, MA, Craig Martin of Allentown, PA, and Kerry Martin Johnston and her husband Rich of York, ME and 5 grandchildren:  Kimberly Martin of Plymouth, MA, David Martin and Joshua Martin, both of South Dennis MA, and Kelsey Johnston and Riley Johnston both of York, ME.

Donations in memory of Jeannine may be made to the Newfound Area Nursing Association of Bristol, NH at 214 Lake St. Bristol NH 03222 or to Spina Bifida of Greater New England, 219 E Main St, Milford, MA 01757, a cause very dear to her as her nephew Brian was born with Spina Bifida.

Offer Condolence for the family of Jeannine M. Martin