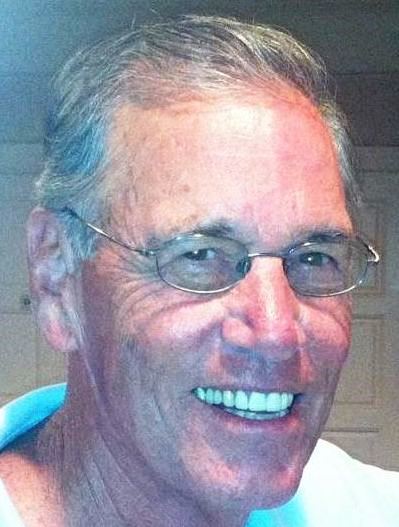 Hampton – James Anthony Stellmach, 70, died early Sunday, November 5, 2017 in the comfort of family at his Hampton home after a long battle with cancer.

He was born March 25, 1947 in Philadelphia, PA, son of Joseph John and Regina M. (McDonald) Stellmach and moved with his family to Hampton, NH in 1959, where he met his future wife, Candice Crapo. Jim graduated from Winnacunnet High School in 1965, where he played many sports, and was Captain of the football team.  He attended Southern Illinois University and Moorhead State College in Minnesota.

Jim was a Vietnam War Veteran, having joined the US Marine Corps in 1966. He served part of a two-year tour of duty in combat where he was wounded in action in March 1967 for which he was awarded the Purple Heart. He was eventually sent to Portsmouth, NH Naval Hospital to recover, and upon his release was transferred to Quantico, VA where he rose to the rank of LCpl with the Military Police Unit. Jim and Candy married in Virginia in 1968 and they returned to Hampton upon his discharge that year.

As a veteran, he immediately found employment with the Coca-Cola USA Company, headquartered in Atlanta, GA., and was transferred from Hampton to many areas in upstate NY –  New Paltz, Syracuse, and Albany – where he held a number of field sales and national account assignments within the Fountain Sales Dept. In 1979 he was transferred to corporate headquarters and became Director, New Business Development.  In 1983 he was appointed Vice President and Director of Marketing.

After 17 successful years with Coke, Jim formed his own beverage consulting firm, J. Stellmach & Associates, which he continued for decades. And in 1995 he also formed Amstell, Inc. to develop and patent a flavored skim milk product for wider beverage appeal. He purchased a UHT packaging plant in New Bedford, MA, where he produced his own label “Smart Milk”, which is now available in flavors as a brand of Hood Milk.

Jim was fortunate to work with many wonderful clients who made him feel like family, especially one national client, Arizona Tea, with whom he worked for decades until most recently.  It was hard to keep him off the road when he should have been retired, away from the business associates he grew to love. Jim would find a challenge in every conversation, perhaps a convert to his politics or simply that day’s purpose. He will be missed.

SERVICES: Private services for the family will be arranged in the near future. Donations may be made in his name to the Rockingham Visiting Nurses Association who were most helpful during hospice in keeping Jim comfortable at home as he wished.

Offer Condolence for the family of James A. Stellmach