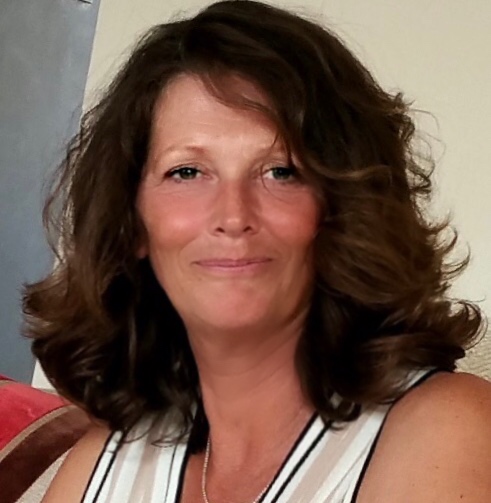 Amesbury, MA – At various points in her life, Helen Cast could be found driving a motorcycle in leather pants.  Cooking for a royal prince in the galley of a yacht.  Flying on the back of an 18-hundred pound galloping stallion, the ground thundering with hoof steps, before easing him into a delicate, ballerina-like pirouette.  She was gritty, bold, and inspiring in everything she did.  Helen lost her battle with cancer January 31, 2019, in Amesbury.

Helen was born in 1964 in Surrey, England, and grew up in a busy, happy house with five siblings (Sharon, John, Colin, Frankie, and Julie) and parents Frank and Daphne Cast (married 58 years until Frank’s death).  Helen attended the local secondary school Albury Manor.  She was already in love with horses by the time she finished school, and she started working as a live-in groom studying for her British Horse Society qualification.

In 1989, Helen left England to work on chartered yachts in the Mediterranean, and from there moved to Antigua, where she crewed for Sly Stallone and played pool in a bar with Eric Clapton.  She built a riding school on the island, which is still running to this day, and helped form the Antiguan Horse Society, which still competes inter-island.

Helen moved to the Boston area in the mid-1990s to build a horse business. She became a nationally ranked dressage trainer with clients competing throughout New England and on the winter circuit in Florida.  She was exceptionally generous and made dreams come true for many students, often lending her top horses for others to learn from and compete.

Helen was aunt to Melanie, Duncan, Charlotte, Hannah, Georgina, Harrier, Connor, Frankie, Tilly, and Archie.  She was step mother to Julie and Jack.  She married her partner of over a decade and love of her life (next to horses), Kenny Locke, on a boat in Antigua in 2018.  She was beloved by her dogs, Gizmo and Leo, both rescued as strays.  She leaves behind countless riding students and friends whom she taught to gallop boldly toward dreams.

Offer Condolence for the family of Helen E. Cast