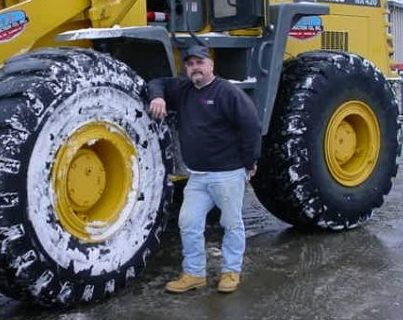 Hector graduated from Exeter High School with the Class of 1976 and went on to work for the Exeter fire department for 12 years until injuring his knee in a skiing accident. He then moved to Newmarket and pursued a career in construction and home renovations for 18 years, before taking a job as a chauffeur for Regal Limousine for the past year.  Hector was a lifelong active member for the Sons of the American Legion Post 67 in Newmarket.

Hector is survived by his husband William Wildes of Newmarket, with whom he has shared a home with for 22 years; two brothers, Lucien Hamel of Henderson, NC and Gerry Hamel and his wife Paula of Exeter; sister, Brenda Kleczek of Farmington and two nephews, Jim Brousseau of Farmington and Joshua Hamel of Exeter.

In addition to his parents, he was predeceased by his brother in law, Stephen Kleczek.

A graveside service will be held at 11 AM on Saturday, June 15, 2019 in the Exeter Cemetery, 49 Linden Street, Exeter, NH 03833. A celebration of life will immediately follow at the Newmarket American Legion hall. In lieu of flowers, donations may be made in Hector’s name to the Hyder Family Hospice House, 285 County Farm Road, Dover, NH 03820.

Offer Condolence for the family of Hector P. Hamel