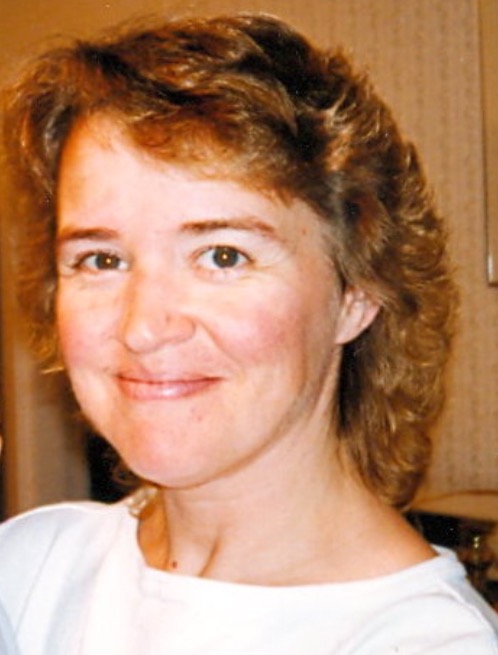 Rye-Dianne Paula Dunfey scaled one last fence and set forth from this world on New Year’s Day, dying in Rye, NH, from complications following surgery.

Born July 10, 1959, in Lowell, MA, to the late Richard and Audrey (Albert) Dunfey, Dianne grew up in Hampton and Manchester, NH, and was a longtime resident of Rye.  From an early age Dianne exhibited a noteworthy propensity for forcefully standing up against what she considered to be societal injustice, beginning around age five when she was served peas with her dinner.  Persevering through such travails, Dianne sparkled throughout a spirited childhood featuring a series of sun-splashed summer stays as a camper, and later a counselor, at Camp Huckins in Center Ossipee, NH.

Following her graduation from Manchester High School Central Dianne headed to Boston University, where she majored in American history and was taught and mentored by renowned professor, social activist, and author Howard Zinn.  An extended period of sociopolitical engagement began at BU as Dianne fought for worker’s rights and displayed a natural ability to organize and advocate.  She later became deeply involved in a series of movements and actions in the interests of peace, social justice, and a non-nuclear future.

Dianne’s commitment to the causes in which she so passionately believed was relentless, resolute, selfless, and fearless.  She participated in numerous actions involving non-violent civil disobedience, one of which resulted in physical injury to Dianne, and several of which familiarized her with various jail protocols.  She never wavered; never backed down; never backed up; never gave up.

Along the way Dianne was a leader and spokesperson for the Clamshell Alliance, the grassroots anti-nuclear organization which repeatedly mobilized in opposition to the construction and operation of the Seabrook Nuclear Power Plant.  Despite her fierce opposition to the project she was measured, poised, eloquent, and formidable in her role.

Even as Dianne’s priorities shifted to raising her two children and becoming a dedicated (and beloved) social studies teacher for 28 years at Seabrook Middle School, her periodic participation in activism in the pursuit of social justice continued until medical misfortune sidelined her from such efforts for the last few years of her life.

Dianne was an avid reader and a talented piano player.  She loved music – especially Bob Dylan, Paul Simon, and the Beatles.  She loved walking on the beach and swimming in the ocean.  She loved her dog, Wally.

Dianne was a warm and loving daughter, sister, aunt, and friend. She lived her life consistent with her strong feminist values. She had a terrific sense of humor and delighted in the wittiness of others.

Sweet Dianne, you were the best in all of us, so we are empty and aching and we all know why.  But you would surely protest this, and we have work to do – your work.  So soon enough your inspiration and your passion will occupy that emptiness; and the transcendent, healing power of your love will shut down the ache; and we can all go out to seek the America you sought.

Dianne is survived by her son, James Dunfey-Ehrenberg, and daughter, Laura Dunfey-Ehrenberg, both of Rye; her husband, Kurt Ehrenberg of Rye; her sister, Linda Dunfey and her other half Mr. Gale Hennessy of Bedford; her two brothers, Dick Dunfey and Keith Dunfey, both of Manchester; her niece, Catherine Gonzalez-Dunfey and her husband Lewis Gonzalez, and their children Lewis, Audrey, and Thomas of Manchester.

A celebration of Dianne’s life and legacy will be held in the spring.  Consider if you wish a donation in Dianne’s memory to NH Peace Action Fund, 4 Park St. Suite 210, Concord NH 03301 nhpeaceaction.org/donate.

Offer Condolence for the family of Dianne P. Dunfey