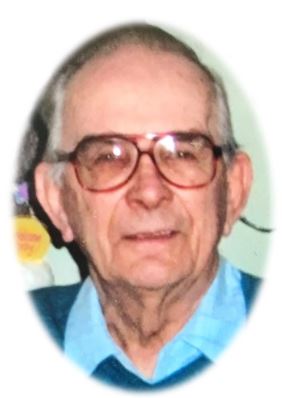 Al was born on April 23, 1935 in Lynn, Mass to the late Harold and Margaret (Peggy Mason) Miller. He attended the Lynn school system and served in the US Air Force during the Korean War.

Al worked at Western Electric as a sheet metal worker and later at Georgetown Building Supply and Pearson’s Hardware in Byfield, Mass where he later retired.  Al also volunteered at the Council on Aging in Georgetown, Mass where he enjoyed helping others.

Al was an avid bird watcher and could spend hours along the banks of the Merrimack River watching the birds with his telescope.  Al’s biggest passion was playing the harmonica.  He was self-taught since a young child and carried a harmonica wherever he went.  He loved entertaining everyone with his music and enjoyed playing and singing in the “Over the Hill” band.  When he wasn’t playing his harmonica he loved dancing and playing cards with friends.  Al was a kind and gentle man, with a big heart and a quick wit.  He was loved by all and will be sadly missed by many.

Al is survived by his daughter Johnna (Miller) Getchell of Boynton Beach, FL and preceded in death by his brothers Kenneth and Raymond McDermott, and sister Joan (Miller) Goodhue, He is all survived by several nieces and nephews and their spouses and children and grandchildren.

Services will be private.

Offer Condolence for the family of Alfred (Al) Miller